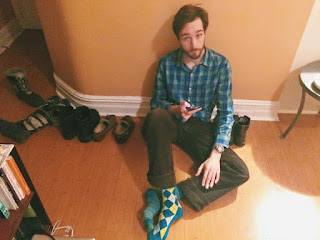 Originally recorded and published on August 25, 2013.
Sean K talks to Alex Wawroski, who is currently doing animation work at Animated Story Boards in New York, New York.Alex talks about what led him to become interested in working in animation, how he became employed at the company he currently works at,as well as what led him to becoming straight edge and a vegan and the moral conflict he has when having to do advertising work for beer and cheese companies.Sean K talks to Alex