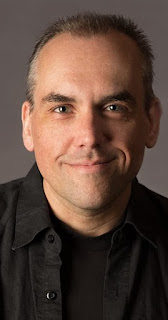 In this episode of BS'ing with Sean K, Sean Kneese talks to actor, filmmaker, and editor Patrick Devaney. Devaney is known primarily for crime-based television programs and for creating "Zombie Hunters: City of the Dead", the world's first Zombie-based broadcast television program. Born and raised in New York City, he founded Devarez Films, LLC, in 2008 to handle the business end of Zombie Hunters, and the company has worked in league with Mass Grave Pictures since 2009. Patrick started his performance career as a musician on the 1980's club circuit, performing in legendary venues such as CBGB. After scoring the off-Broadway play "Shadow Trilogy" in 1995, he left the music business and turned his talents to painting, sculpture, and writing. In 2005, he began work on what was to become the Zombie Hunters program. To date, he has appeared in dozens of films (both lead and supporting roles), written over thirty screenplays, acted as general background and with small featured roles in various major television program. He also released "Aemorraghe", a short film based on the short story/comic of the same name by the artist known as Caza, created the upcoming "Mastic PD" web-series, and created the Science-Fantasy film "Impervia", which to date has screened at twenty-seven film festivals around the world. Patrick is regularly acting in a wide variety of Independent films and is in PR-production for three of his latest scripts: "New Zero", "One Flash Of Light", and "Identity Check".