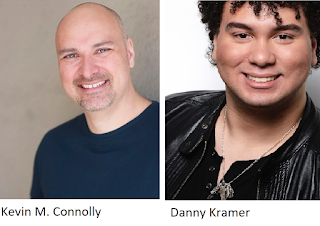 In this episode of BS’ing with Sean K, Sean Kneese BS’es with voice actors Kevin Connolly and Danny Kramer about ...well, voice acting! Kevin M. Connolly is best known for voicing the character Kain Fuery in the popular anime series Fullmetal Alchemist and its reboot Fullmetal Alchemist: Brotherhood. He also voiced Harley Hartwell in Case Closed. Danny is most known for his work Pokemon as Raihan and playing various roles on Yu-Gi-Oh as well. Topics discussed include how to get started in the voice acting and voice-over studio, building your own home studio, and more!
Posted by MassHypnosis232323 at 10:38 AM