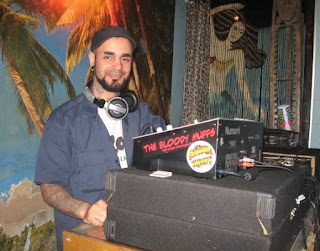 In this episode Sean Kneese talks to Pasquale Santoro Aka DJ Pat Pervert: punk rock DJ at Otto’s Shrunken Head and political activist/blogger. Pat talks about his early days as a homeless teenager in NYC, his experiences playing with his old punk band Deviant Behavior, the punk scene in New York in the 1970s and 1980s, the origin of punk and alternative music, the history of Otto’s Shrunken Head, and how he got started with DJing. Pat also talks about his blog and some of the political writing he does on it and his views about racism and injustice. Sean gets into a debate with Pat towards the end of the episode about whether hate speech is free speech and whether Nazis should have the right to march.

Link to DJ Pat Pervert's blog/website: http://tinyurl.com/ppevents
Posted by MassHypnosis232323 at 8:45 AM