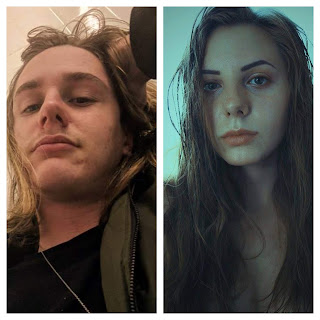 In this episode of BSing with Sean K, Sean Kneese talks to Joe Deeks and Ivana Raicevic about their upcoming short film “ L.T’s Theory of Pets” based on a short story with the same name by Stephen King. They also reminisce with Sean about their times staying together at the the 92y in NYC.

Link to Kickstarter for Joe and Ivy's film: https://www.kickstarter.com/projects/1621103703/lts-theory-of-pets-a-short-film?ref=project_facebook&fbclid=IwAR2EnSxfIpqJW8za17qb7_9o1YdinFzjIMM9tLkZvrei78rPx9f_Mksv-PQ
Posted by MassHypnosis232323 at 2:15 PM