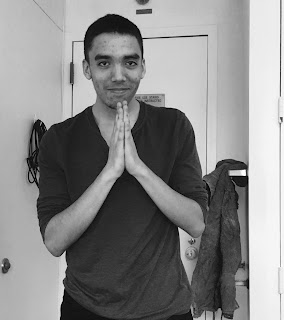 In this episode Sean Kneese talks to Jazz drummer Sebastian Beliard. Sebastian talks about moving to the US from Chile when he was 12 and how he became interested in music and martial arts. He also talks about how he's been becoming more conservative with his politics lately and how that makes him feel isolated from many others in the music industry. Sean and Sebastian debate many controversial topics including abortion, the prison system and others.
Posted by MassHypnosis232323 at 2:09 PM