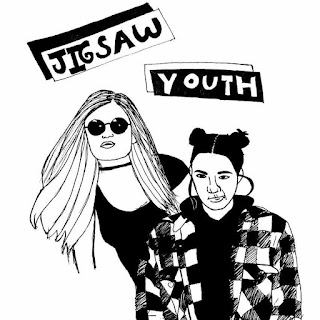 In this episode Sean Kneese talks to Maria Alvarez and Natascha Beck of the New York based all girl punk band Jigsaw Youth. Jigsaw Youth are influenced by the Riot Grrrl movement, a feminist punk rock movement that started in the 1990s with bands like Bikini Kill and Babes in Toyland. Though the band is influenced by this music, they play their own style and do not wish to be labeled as just another Riot Grrrl band. The band talks about the punk scene in New York and New Jersey, their experience playing shows, bands that have influenced them, how they became interested in punk music, and their goals as musicians. Other topics include Kim Kardashian trying to be punk, the music industry, house shows, "fashion punks", and more.
Posted by MassHypnosis232323 at 12:48 PM