Episode 3: Jason Gravley AKA Hideous: Host of the No One Likes Your Band podcast and guitarist of the band M.E.H. 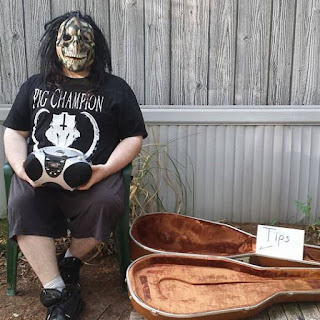 Originally recorded and published on March 29, 2014
In this episode Sean K interviews Jason Gravley, AKA Hideous, the host of the underground music podcast No One Likes Your Band, which plays underground metal, punk and hip hop. He is also the guitarist of the death metal/grindcore/punk band M.E.H. Jason talks about what motivated him to start a podcast dedicated to promoting underground music and also talks about the music of his band M.E.H. Other topics discussed include major record labels, conspiracy theories, the underground music scene in South Carolina, police officers who abuse their power, corruption in politics, and other random stuff.
Posted by MassHypnosis232323 at 10:12 PM